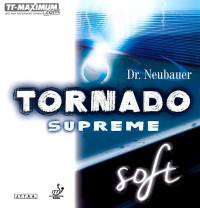 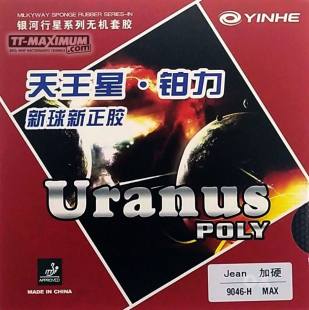 These are modern short spikes. They don't have very much speed and just outstanding control. And can be used very effectively in different tactical styles of play - from defense to control attack. They have a pretty hard top, and even when stuffed it may seem that it almost does not respond to the rotation, and is not able to create a rotation itself. In reality, however, only the first part of this statement is true, about a small reaction to the incoming rotation. And the own rotation Uranus Poly to create very even able - they can serve good innings, you can in the pruning on the table to give an unexpected heavily trimmed ball, you can do topspins. And in defense by trimming the topspin from the far zone, these spikes are easily capable of a powerful saw. Control is traditionally high for this type of overlay, and is preserved in all elements for which short spikes are in principle designed. The block is stable and accurate. Flat kick is performed very easily and accurately, and flies very quickly - the main thing is to beat on the table and not aim at the opponent's racket (smiley)

Large thicknesses of sponges are well adapted for attack (control and not force), and for defense - both block and pruning. Whereas thin sponges will have less speed and are ideal for protection, but will be too slow to play in attacking style. In general, in defense, these spikes are among the best among short spikes, as they are capable of a very strong pruning, and on deceptive flat balls. And the control is the highest.

In general, the firm YINHE (Milkyway) pleased tennis players around the world with another successful novelty, and besides for a very modest price.

Note by the name of the company: in some stores write GALAXY instead of YINHE or MILKYWAY, who is interested to know how to properly name the firm - here's the details.