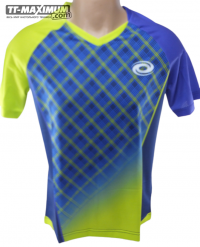 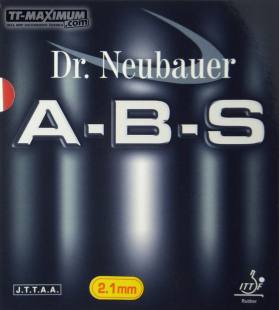 In 2018, a new version of this popular 2.1 mm non-pulling anti-spin sponge was introduced. It is specially designed for the new generation of ABS plastic balls to work effectively with them. This 2.1mm version of the rubber is the slowest and most capable of dampening incoming attacks. And versions on thinner jaws - the thinner the sponge, the stronger the rebound. Therefore the 2.1 mm version will give very low speed even on fast blades, while slower blades should be used to increase control with the thin jaw versions.

So this 2.1 mm version is for those tennis players looking for anti-spin with maximum damping power and the worst bounce. At the same time, despite such a thick sponge, it was possible to maintain the ability to return strong rotation when returning topspins with a block or when receiving innings with strong rotation.

With regard to protection by undercutting away from the table, then occasional waste into the distance when the situation compels is quite possible. Although, of course, this rubber is intended for playing at the table, and not for defense in the far field.

I would like to note the high quality control on the table. This rubber in the 2.1 mm version makes it easy to hold the ball and guide it where you want, at the right pace and without overstating.

"How can I help you?

I have a master's degree in topspin killing with blocks, chop blocks, and mid-to-far cuts. I am equally good at hovering, weakly spinning and power topspins. I specialize in bringing them back with powerful spin return, low over the net and short.

During my studies I also specialized in another discipline called "control". Therefore, I can now easily handle any technique. Of course, this was a serious challenge for me, but I managed and completely mastered it.

I can be called slow, and even very slow, and I will subscribe to that. However, if I get bored of playing with blocks and cuts all the time, I can give free rein to my temperament, and then hold me seven!

Doping? I don't need it, actually, I just hate it!

I am honest, reliable and hardy. Let's shake hands and play table tennis together. It will be joy and pleasure, although not always our rivals will be able to rejoice, I think we will often have to upset them! "

Dr Neubauer A-B-S (ABS) antispin is noticeably slower than the earlier Gorilla and Grizzly antispins and has much better control. A-B-S has a very good spin return and is highly effective for blocking from the table. At the same time, A-B-S can also be successfully used to attack with aggressive swing and lifting, especially on balls with a bottom spin.

A-B-S, like ANTI SPECIAL, has a new topsheet rubber formula and a new type of sponge. These rubbers are getting closer and closer in their characteristics to the old non-stretching "glass" spikes.

Note: delivered on scotch. After removing the protective film from the scotch, it must also be spread with glue, like the blade.